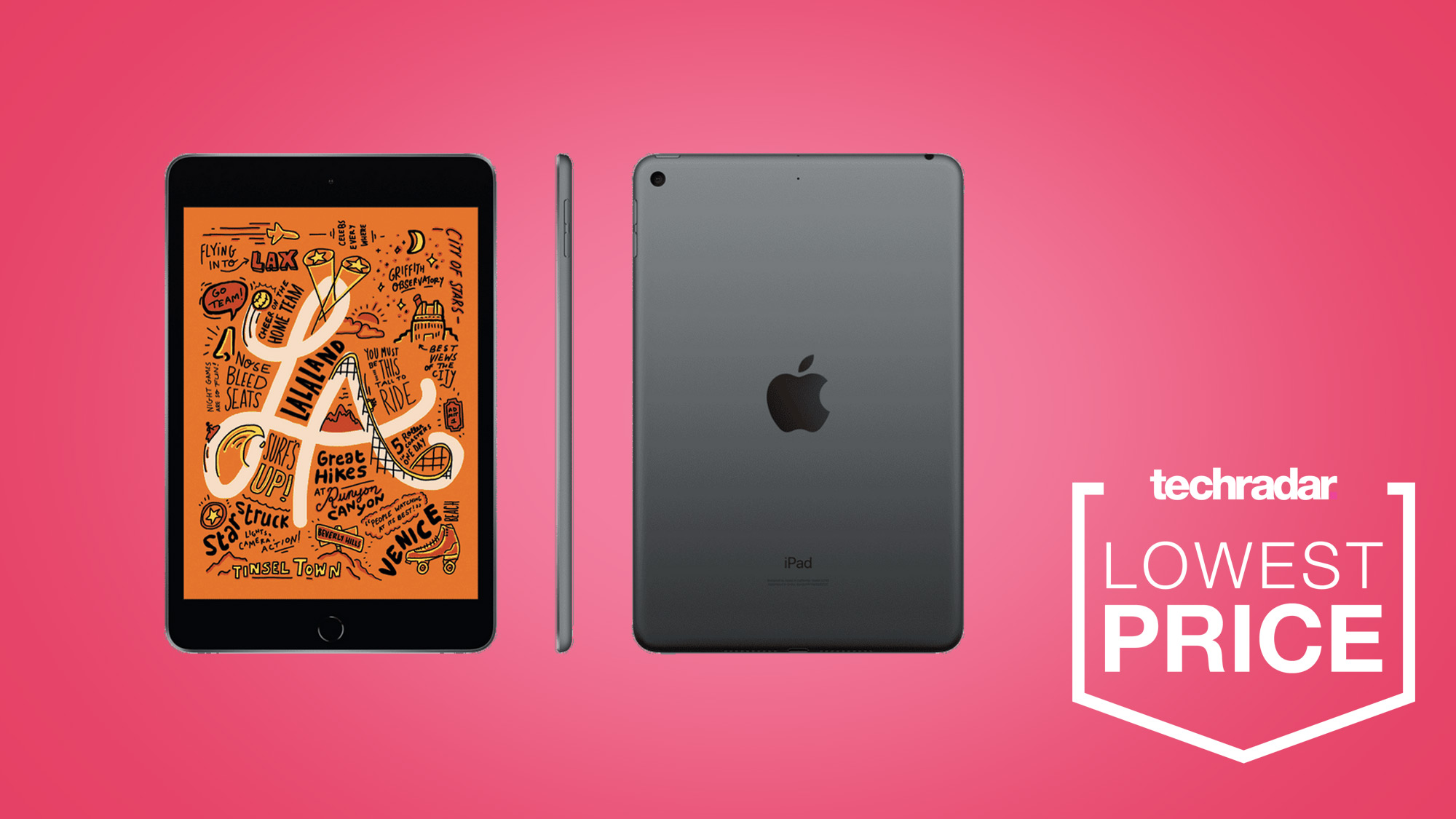 if you’ve been waiting for the Black Friday tablet deals to pick up a new iPad, and you think the iPad Mini (2019) is the best one for you, then the Black Friday sales at Amazon might have what you need.

We’re seeing the iPad Mini, Apple’s small-size high-spec tablet, with up to $69 off, for the 256GB model at least – for 64GB it’s just $64 off, which is pretty fitting. For that latter variant it’s actually the lowest ever price we’ve seen for the iPad Mini, though it’s been this price in sales before – for the 256GB, it was briefly cheaper earlier in the year but other than that, this is the lowest price.

Not in the US? Scroll down for iPad Mini prices in your region.

It’s worth pointing out these Black Friday deals only apply to iPad Mini models with Wi-Fi connectivity – if you want cellular too, you’ll have to pay full prices… Or cross your fingers that more Black Friday tablet deals appear.

These are some of the better Black Friday iPad deals we’ve seen, with very modest savings on other lines of Apple’s tablet. So if you don’t mind which iPad you get in the Black Friday sales, maybe this is a deal to go for.

The iPad Mini is Apple’s portable slate, packing top specs into a compact frame. This device has a 7.9-inch Liquid Retina display, making it not too much larger than your iPhone (if you have a Max or Plus model).

In our iPad Mini review we really liked this portability, as well as how well it worked with the Apple Pencil and how good its specs were given it’s an ickle wickle tablet.

Several antiquated aspects put us off a bit, like its design which resembles the cheap entry-level slates more than the iPad Pro or Air devices, and its price which feels a little high for a small tablet.

Given this Black Friday tablet deal knocks some of the cost off though, that last issue is moot, so you might want to snap this deal up.

TechRadar is scouring every retailer and rounding up all the top deals over the Black Friday period, and we’ve put all the best Black Friday deals and Cyber Monday deals in easy-to-navigate articles to help you find the bargains you’re looking for.

France passes law protecting the sounds and smells of the countryside

Biden signed at least 10 executive actions on coronavirus yesterday. Here’s what we know.

Ethiopia’s Tigray: These refugees fled a town littered with corpses. They join tens of...

‘I really wanted to play this season’: Why opting in to Big Ten football...