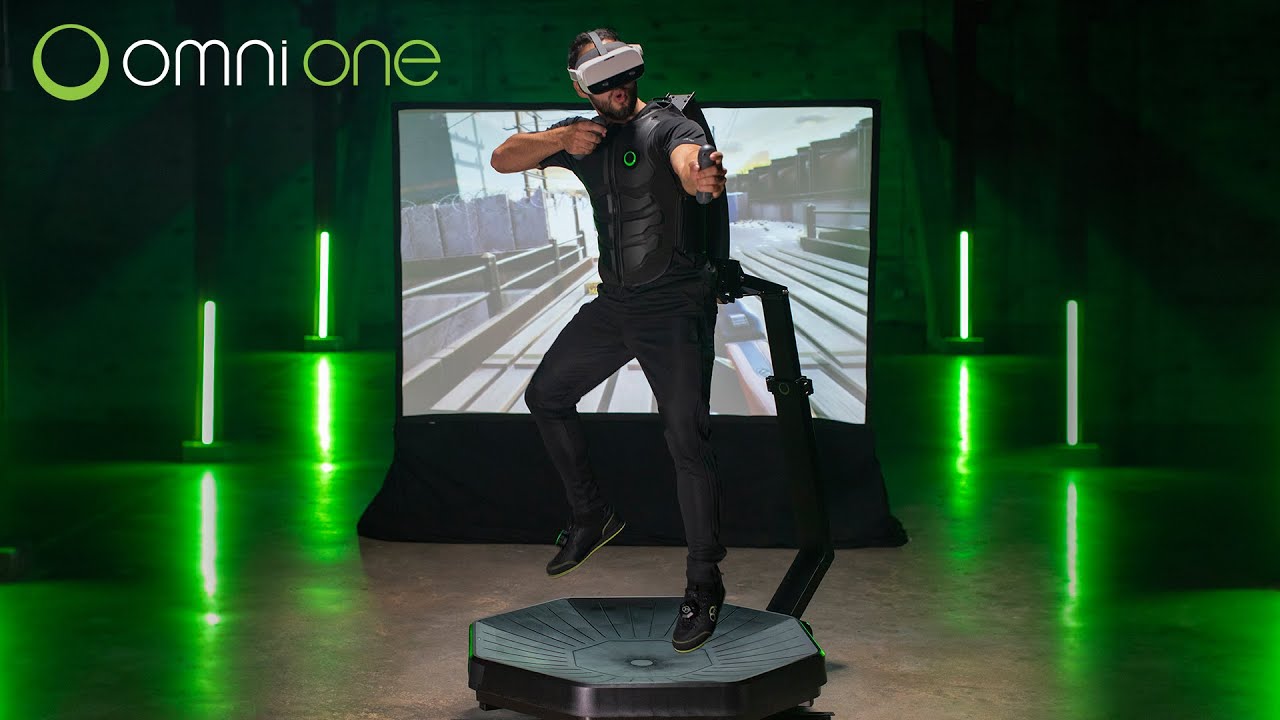 With games like Half-Life Alyx, virtual reality worlds are getting more expansive and ambitious. But, stuck here in the real world, we’re still running up against VR’s inherent problems – though you may have miles to roam in VR, you’ve only got the size of your bedroom or living room to work with in the real world.

Virtuix has been working on treadmill motion solutions for virtual reality for some time now, and finally has a product that looks ready for the prime time. The Virtuix Omni One is a purpose-built VR treadmill that hooks up to your computer and gives you free movement in 360-degrees – whilst you just walk on the spot.

Those that saw the (not very good) Assassin’s Creed movie might find the design familiar. Users strap themselves into a haptic vest attached to an articulated arm that sits above the disc-shaped treadmill. The player then puts on a pair of super slippery shoes that let them walk on the disc, moving in VR but staying in the same spot in the real world. You can even jump and crouch, with the kit recognizing the movements.

Building on the Omni Pro that Virtuix built for businesses, the Omni One is “designed to fit tastefully inside a living room or other place in your home,” with a fold up design and generally more compact build.

The Omni One also will sell with a standalone VR headset included in the box – the exact model is still to be determined, but the Pico Neo 2 is shown off in the demo video above. It will also come with its own game store, with more than 30 titles at launch developed specifically for the Virtuix hardware.

Virtuix is planning a launch for the Omni One in the second half of 2021, with a $1,995 price tag (about £1,550 / AU$2780). A ‘dev kit option will also be available for around half the price that doesn’t feature a headset, and can connect to a computer for PC VR content. For most existing VR fans, this will probably be the model of choice, given they won’t need a new headset and will already have a library of games.

Of course, if you want a fully untethered VR experience, we’d still recommend checking out our Oculus Quest 2 review – we’re in love with the headset, but you’ll still need to avoid real-world obstacles if you want to wander around in it.

Parliament to be disinfected as five test positive

Hot Black Friday Nintendo Switch deals and bundles you can get...